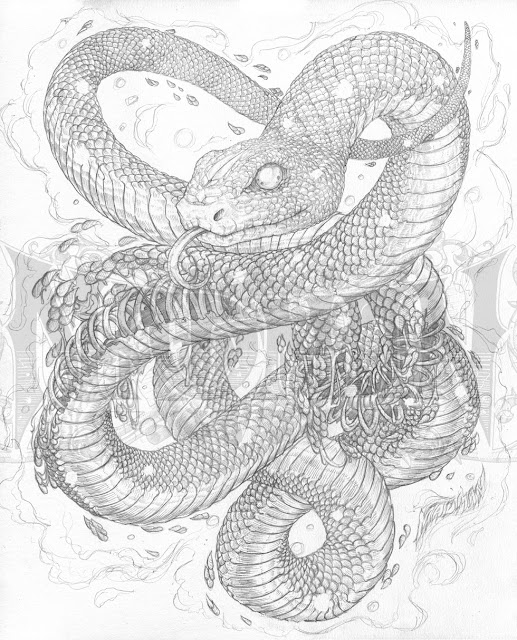 Posted by xmadxmanx at 3:37 PM No comments: 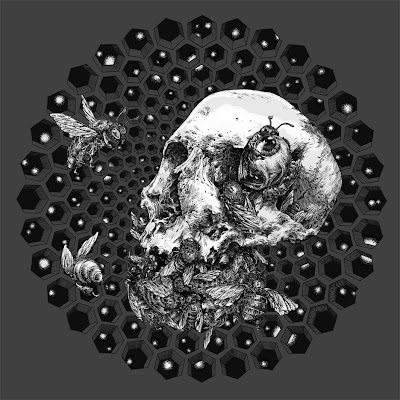 Also, if you haven't checked out the process video of the Raven/serpent for RSI here it is.


Posted by xmadxmanx at 6:35 PM No comments:

My illustration for I AM ENDSEEKER's upcoming EP "Don't wake the dreamer" has been done for a while now but I recently finished the gatefold layout and we have sent it off to print. The guys in the band have released a teaser video/song from the EP. For your listening pleasure.

I AM ENDSEEKER
Posted by xmadxmanx at 5:50 AM No comments:

The Raven and the Serpent - video

Video is now posted for my Fresh Meat submitted to RSI this week. Please take a moment to vote at http://www.rsiapparel.co.uk/fresh-meat (Voting from June3 to June17)


Posted by xmadxmanx at 7:52 PM No comments:

The Raven and the Serpent

Roughly 40 hours of work was put into inking this for the RSI fresh meat contest. Quill and india ink on bristol board.

Based off of the Aesop's fable: The Raven and the Serpent

"A raven in great want of food saw a Serpent asleep in a sunny nook, and flying down, greedily seized him. The Serpent, turning about, bit the raven with a mortal wound. In the agony of death, the bird exclaimed: "O unhappy me! who have found in that which I deemed a happy windfall the source of my destruction."

This will be available for public voting at the beginning of June at http://www.rsiapparel.co.uk 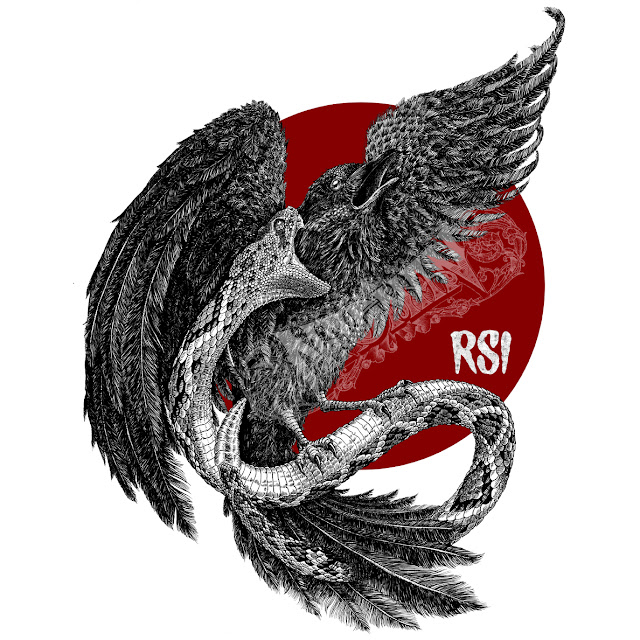 Posted by xmadxmanx at 6:07 PM No comments:

Finished inking "Solstice" and scanning it in. Also layered the inking over the quick color painting I did  in ProCreate for the ipad. Still messing with color, but might end up only as an inking. 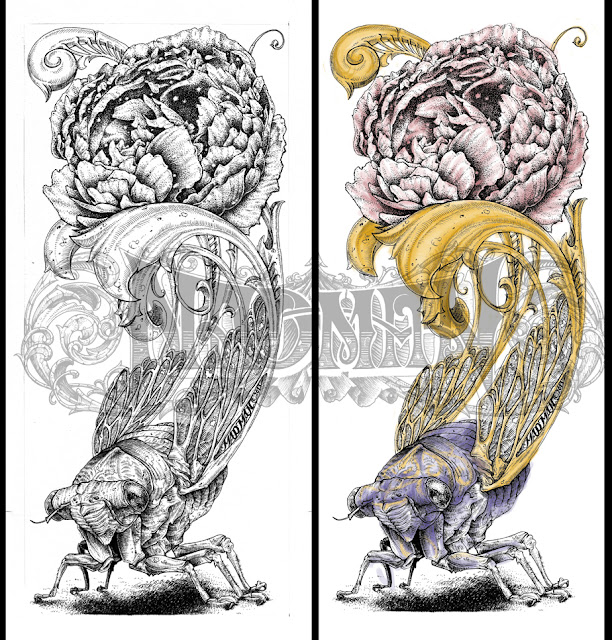 Posted by xmadxmanx at 11:37 PM No comments:

Hashed out a little drawing of a cicada and peony this afternoon. One of the smallest pieces I've done in a while. "Solstice" 14"x5.5" on 400 lb bristol board. Moving onto inking. Enjoy!

Posted by xmadxmanx at 6:38 PM No comments:

Ever since I've survived some stupid and potentially deadly skateboarding accident back in September I've been thinking a lot in terms of second chances. Not meaning to delve into any spiritual context here but what I'm trying to say is that it's hard to walk away from a serious account and not let it motivate you in some way. I've always been into art, it's what I've always just done; but never as heavily as I have lately. I guess you could say that I've "woken up" and realized that I can't just make art for fun occasionally because I have the ability to do so and hope that it will get me somewhere. Like I said before....this isn't a religious statement....merely a "wake up and go!" message. When you really think about it we don't have much "time" in our lives from the start and what's the biggest crime of all is wasting your time, skills, and mind. Facing the real, lean, bare bones facts and acting accordingly is all I've been doing lately. There's nothing left for me to do than get up off my ass and work hard at what I love. I'll stop when I die (as cliche' as that is to say).

So; much of my work as of late has been centered around this second chance, "awakening", or "re-birth". This is completely unintentional but I'm beginning to see a pattern.

On a somewhat related note I've also been reading up on the Mayan's understanding of cycles. There was a mess of discussions revolving around 2012 and if it was the end or not. The Mayans (as well as several other cultures and religious groups) predicted that 2013 would be a year of great change or transformation. No matter how you view it I will at least argue that it has been for me. 2013; no more wasted time and no turning back.

I decided to revamp a skate deck illustration I did last year (in hopes of doing it better). Im never satisfied with my work and I know I can always do better. I think more people should adopt a similar mindset and seek to better themselves (also become a bit more humble).

I leave you with the latest "Augment of Rebirth" color pencil on 12"x18" 60lb 400 series Strathmore Artagain paper. The original in blue but I've made red and white variants available. Available at
http://society6.com/xmadxmanx 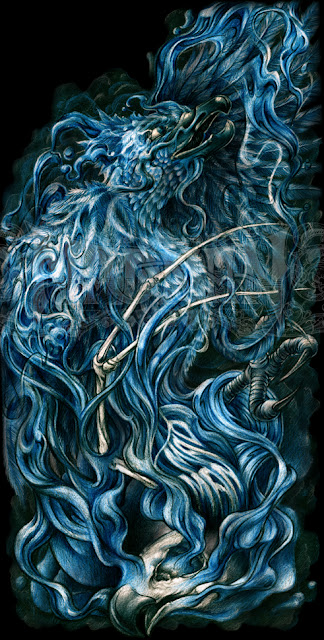 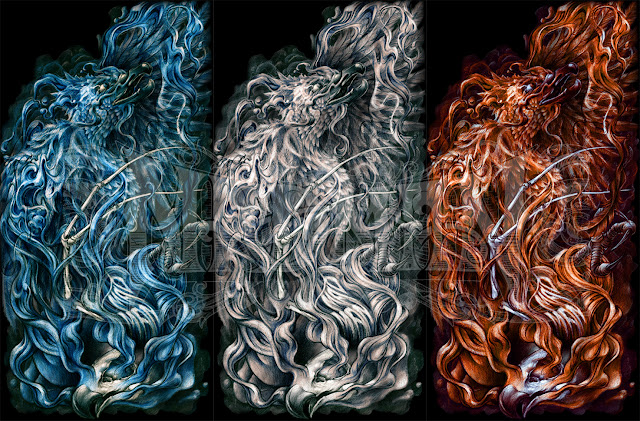 Posted by xmadxmanx at 4:15 PM No comments:

Free shipping from this link until St Patties!!!

Recently finished my "Head Case" illustration. Took about three days total to knock this one out from concept to completion. I have posted several in-process photos for the curious minds out there. Not too many artists are willing to share their process (much like a magician) but I'm a firm believer that if the end product is good then revealing the work put into it only augments just how impressive the result is. Plus I enjoy seeing artists that I look up to share their techniques and I love learning something new.

The first four frames included show the original sketch (on tracing paper), the added border, and then into the transfer to illustration board. The following six frames include detail and progress throughout the inking process. All work was done by hand (as always unless specifically stated) and only the final was scanned into the computer. No other processes were taken.

Art prints and other items are now available to the public at www.society6.com/xmadxmanx .

Thank you for your support;
Mad Man 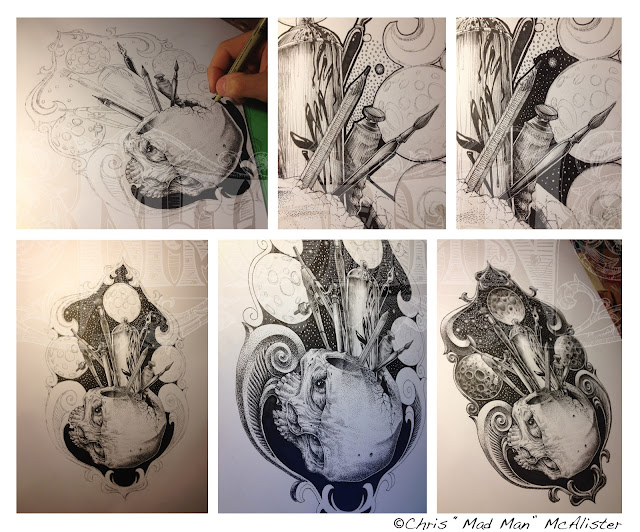 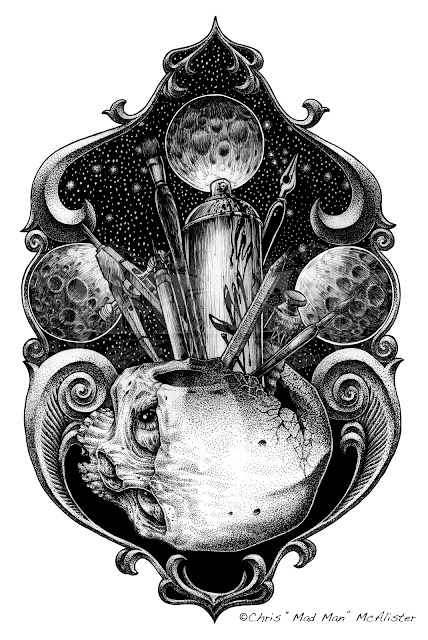 Posted by xmadxmanx at 7:56 PM No comments:

xmadxmanx
Chris is a Florida native that has been scribbling on everything imaginable since he was old enough to hold a crayon without wanting to eat it. Chris is one of the few "old school" guys out there. Though he does digital illustrations and graphic design, he tends to lean toward traditional methods; arguing that digital works are nearly "soulless" and lacking in any real appeal. He is a strong advocate of anything hand-made and local. In a day where Adobe and overseas screen printing done with laser printers is all too predominant, this Mad Man is here to keep art and design from becoming stale and boring. He spends his time outside of working and art out on the water with his surfboard or kayak. When the waves aren't good you'll find him out on his bike or in the woods snapping photos of bugs and plants. This strong connection with nature has recently snuck it's way into his works. Where portraiture once reigned supreme as the dominant subject of his works now animal and plant life take over.